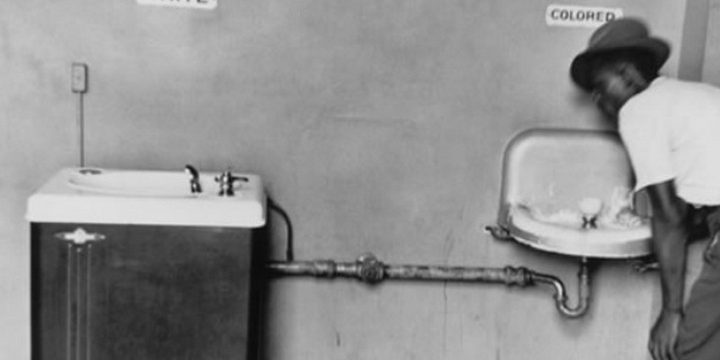 In her excellent and justifiably best-selling book, The New Jim Crow: Mass Incarceration in The Age of Colorblindness, (The New Press, NY 2012) Michelle Alexander argues and substantiates that “racism is highly adaptable” (p.21ff). Establishing that America has always had a system where the white race sought to control first the American Indians and then the Africans they brought to America, she indicates that each iteration of control, before its lifespan is over, births another to take its place.

Anybody vaguely familiar with American history might easily identify these shifts, and the reasons racism never ended when each ended, but instead became the dying – but wicked and unwanted – gift that kept on giving:

We “celebrated” American “civilization” without acknowledging, confessing, or atoning for, the genocide that ensued upon indigenous peoples after Europeans arrived on the continent, or without dismantling the culture, convictions, and mindset that produced it. Before that wickedness was fully dead, it birthed the transatlantic slavery.

We “abolished” slavery without dismantling the culture, convictions, and mindset that produced it. Before that wickedness was fully dead, it birthed Jim Crow and segregation.

We celebrated a Civil Rights Act without dismantling the culture, convictions, and mindset that produced the wickedness it was meant to address and assuage. But before the Jim Crow era was past, it birthed the “war on drugs,” police brutality, stop-and-frisk, mass incarceration of blacks (where no statistics now – or ever – have proven that blacks are worse drug users or lawbreakers than whites), ghettoization of blacks, redlining blacks, voter-suppression of blacks and gerrymandering on steroids that disadvantage black communities.

Then we celebrated Oprah and Obama as supposedly the quintessential and demonstrable “end” to racism, without recognizing that neither person escaped the culture and system that produces racism, hate and inequity, but were shaped within it. The election of the latter surfaced reactions that proved the culture and system very much alive and well. Enter birtherism (and the 700% increase in armed militia groups of white gun-toting Obama-haters, using “big government” as their pretext).

And now we have birtherism, never acknowledged as both the symptom and exercise of patent and vile racism. Birtherism, the viciously-conceived embryo and fully-born child of one Donald Trump, was instead either silently welcomed or indifferently ignored by those who disliked its target, Obama (ostensibly because of his politics – only a few would admit it was because of his race). While birtherism was still fully alive, it birthed Trumpism. (Chicken-and-egg situation, or incest, in a manner of speaking?) Trump calls respectfully protesting black athletes “sons of bitches” (while calling violent and murderous white supremacists “very fine people”); Trump calls black and colored nations “shit-hole”; Trump calls mostly black female reporters “stupid” and “nasty”; Trump mocked with impunity a disabled journalist; Trump holds hungry, homeless, dirty, sick, and dying refugee children in squalid cages; Trump unleashes policies that further disadvantage people of color; policies that make them sicker, more homeless, and more imprisoned. Trump and Trumpism fool as many as who would not choose their sources of news or intelligence that he is doing the opposite.

But let us not get fixated on Trump and Trumpism, vile as both are; they are only the latest iteration of the enemy, racism, America’s original, vile and vicious sin.

Let us be clear: nobody is suggesting that any Americans alive today executed wickedness upon Indians and Africans. But it is undeniable that many Americans alive today continue to joyfully and actively accept, or blissfully and indifferently be unconcerned about an environment, system, culture, body politic (and consequently, a brand of partisan politics) that all keep America’s loveless racism, imbalance, inequities and injustice all alive. In each iteration of this racism, a religion, meant to be clothed with justice for the oppressed and kindness to all, but which is now corrupted into advocating and voting for the steady entrenchment of injustices upon the poor, the immigrant, the marginalized, and the minority – that corrupted religion has always played a role. It is that religion (or more correctly “faith”) in its purer and intended form to which I hold, and a good grasp of which I have that leads me to affirm that it is bad leadership (where “bad” refers both to incompetence and iniquity), and leadership malpractice that have yielded this kind of religion.

America in general and African Americans in particular are still without the national confession, cleansing, and compensation for the centuries of injustice meted out to African ancestors. We have never repented of the residual and sustained poverty, inequity, injustice, and disadvantage that most African Americans still encounter, traceable right back to the centuries of slavery. Pure, true, and honest religion (but not religion only) would go a long way to facilitating these amends; but any form of religion, complicit with empire and corrupt power, disables it.

Martin Luther King Jr. seared into our memories the words of Emma Lazarus when he repeated her quote, that “until we are all free, none is free.” In that regard, America’s racism hurts all of us, including whites, but especially poor whites. They, after all, constitute 48.1% of America’s poor folk. Though they may not be incarcerated in numbers as high as their black and poor fellow Americans, many of the same policies that leave blacks poor and marginalized, also leave behind poor whites – the “base” of America’s most powerful politician, woefully devoid of any leadership virtues and intelligences required for the office he now mangles, disfigures and destroys.

Just as slavery died – but left segregation and Jim Crow; just as Jim Crow died – but left a distorted and disfigured, unjust and imbalanced America with mass incarceration and a still pungent racism; just as all that has now given birth to Trumpism, one day Trumpism shall die. It is a fair assumption that when it does, it shall give birth to something worse. It is within our hands and time to change that. We should. We must cause Trumpism to die and institutionalized racism with it, once for all. I worry that if we do not, a cataclysmic and bloody upheaval (I do not say “civil war”) is palpably possible within our lifetime.

On this Memorial Day 2020, then, with no disrespect to America’s usual heroes, I choose to remember also all those who have consistently fought the war against racism both in America and abroad, especially the whites and Jews who marched with Martin Luther King Jr. and his band of “soldiers,” or who accommodated or accompanied the “freedom riders,” and who paid the ultimate price of murder most foul, whether by lynching, shootings or burnings. It is a war yet to be won. May their souls rest in peace and God reward them richly.

Michael Friday is an organizational leadership specialist and consultant. He is author of And Lead Us Not Into Dysfunction.

A Very Different Kind of Blog, But It’s Still About Leadership: Wake Up, America!
September 19, 2020

Beyond Superficial Thinking About Refugees
June 24, 2019

FB page for the book: https://www.facebook.com/FridayLeads/